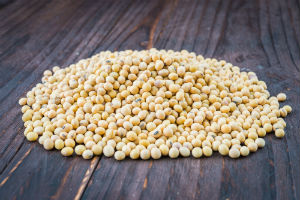 Soy milk, tofu, and meat substitutes are all the rage in the vegan and vegetarian community. These products provide all essential amino acids, making soy one of the few complete plant proteins on the planet. Despite soy’s high nutrient content, there are some dangers to soy that typically go unnoticed. Not only does soy contain nutritive inhibitors that prevent nutrient absorption, some research suggests that the plant may hinder thyroid health, especially in the presence of iodine deficiency. [1]

The Harmful Effects of Soy on Male Reproductive Health

Animal tests have previously suggested a chemical in soy can damage the male reproductive organs. This can directly impact fertility later in life, as research indicates that the phytoestrogens in soy may be a potent endocrine disruptor. [2] There is no evidence to suggest soy has this same effect on humans. Asia, for example, is known for its soy consumption, and reports on decreased fertility or other reproductive issues have yet to materialize.

However, researchers in the United States found that soy’s effects on rats were so severe that further testing was needed to ensure it was safe for human consumption. Scientists at the Johns Hopkins School of Public Health fed pregnant rats a diet laced with genistein, a chemical found in soy. There is concern that this chemical may harm the male fetus, possibly affecting future reproduction. [3]

According to a report in New Scientist magazine, scientists found that male rats exposed to high levels of genistein in the womb grew up to have larger prostate glands and smaller testes. [4] The rats had normal sperm counts and would behave as if they wanted to mate when placed with females. The effects were just as severe in males that did not eat genistein after weaning. They suggested that this indicated exposure in the womb and during breast feeding has the biggest impact.

The scientists also found that male rats exposed to genistein had a slightly large thymus gland, an organ that produces immune cells. This contradicts previous studies which suggested it has the opposite effect on the thymus gland. To add to the confusion, the scientists also found that moderate levels of genistein had an even bigger effect on males rats than large doses. The researchers said their findings had caused them concern.

What You Can Do

Soy is a subsidized ingredient, and the United States is the biggest producer of soybeans on the planet. Because of this, soy is in practically every processed food product from potato chips and cereal, to butter replacement and packaged tuna. In order to avoid soy at all costs, it is wise to purchase all whole foods, preparing your own meals and snacks at home. If you must purchase processed foods for convenience, choose organic and always look at the ingredients list. Fermented forms of soy, like natto and tempeh, are actually healthier and encouraged.