Does the Dose Make the Poison or Not? 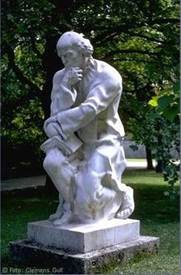 Auroleus Phillipus Theostratus Bombastus von Hohenheim, immortalized as “Paracelsus” and sometimes called “the father of toxicology,” was born in 1493. Paracelsus, a Swiss doctor, pioneered the use of chemicals and minerals in medicine. His name appears as a significant figure among voluminous numbers of works on homeopathy, natural medicine, alternative medicine, and botanical studies. Many see him as the predecessor of chemical pharmacology and therapeutics and the most original medical thinker of the 16th century. Paracelsus was the first to say, “It depends only upon the dose whether a poison is a poison or not. A lot kills; a little cures.” So he would take a very toxic substance like mercury and use it to cure epilepsy, something no one in his right mind would do now.

With the exception of E = mc2, perhaps no other single statement has wielded such force in establishing the popular notoriety and the professional stature of an individual in the history of science as the dose makes the poison. It would be difficult to imagine either the medical or pharmaceutical world today without this principle in operation. Now we have to question, is allopathic medicine killing millions with this principle?

It is thought that if the dose is low enough, even a highly toxic substance will cease to cause a harmful effect. The toxic potency of a chemical is thus ultimately defined by the dose (the amount) of the chemical that will produce a specific response in a specific biological system. “In all of these debates, the key point that is not often understood is that it’s the dose that makes the poison,” says Dr. Carl Winter, an expert in toxicology at the University of California, Davis. “The tendency is to exaggerate toxicity. It’s a slippery slope where to draw the line on what represents a legitimate concern and what restrictions should apply.”[1]

This is of course not true for something as strong as plutonium. The crucial issue with plutonium is not volume or mass—it’s toxicity. In principle, using the Atomic Energy Control Board’s (AECB) regulatory limits, we can calculate that 0.1 micrograms can overdose one person with maximum safe exposure limits being placed at .56 micrograms maximum full body exposure and .25 micrograms for lung exposure. Experiments with beagle dogs suggest that about 27 millionths of a gram of insoluble plutonium would be sufficient to cause lung cancer in an adult human being with virtual certainty, with significant risks probably associated with far lower doses,” reports International Physicians for the Prevention of Nuclear War.[2]

A Dartmouth professor studying the chemical characteristics
of an organic form of mercury—diethyl mercury—spilled two
drops of it on her gloved hand. The first sign of mercury
poisoning occurred four months later when her speech
began to be slurred. This was followed by difficulty walking
and loss of vision. She then fell into a coma and died.

Toxic effects of chemical agents are often not well understood or appreciated by doctors and even less so by the general public. Medicine has struggled to understand the toxicities of individual chemicals but is feeble when it comes to understanding the impacts of exposure to mixtures of chemicals. It is known for instance that aluminum and lead increase the toxicities of mercury by 100-fold yet that does not stop doctors from mixing aluminum with mercury in children’s vaccines. Tobacco smoking coupled with asbestos exposure increases the risk of lung cancer by 25-fold.

I for my part am ashamed of medicine,
considering what an utter fraud it has come to be.
Paracelsus

“The prolonged effects of low grade concentrations of toxic substances depend on individual susceptibility,” says Professor I. M. Trakhtenberg from the former Soviet Union. The science of low-level toxicity shows that it matters what is happening on the parts per million, per billion and even per trillion level. As our instruments have become infinitely more sensitive, scientists have been able to penetrate into new worlds of chemical sensitivity that Paracelsus could not have possibly imagined. What industry and government have hidden in the low numbers seen in parts per million becomes astronomical when calculated and plotted out as parts per trillion.

In 1995, neurotoxicologist and former director of toxicology at Forsyth Dental Center in Boston, Dr. Phyllis Mullenix, published research showing that fluoride built up in the brains of animals when exposed to moderate levels.[5] Rats drinking only one part per million fluoride (NaF) (million parts per trillion) in water had histologic lesions in their brains similar to Alzheimer’s disease and dementia.

Sheldon Krimsky’s book, Hormonal Chaos, describes endocrine disruption as a paradigm shift in toxicology that fits the realities of low-level toxicity. Low-level toxicities that gradually build up or wear on the body day after day and year after year operate differently than acute chemical exposures. Instead of the brute force of large numbers of toxic substances, a small number of molecules can hijack the hormonal control of development and undermine the immune system, erode intelligence, and diminish reproductive capacity. Endocrine disruption is occurring at contamination levels far beneath those of traditional concern to toxicologists and can go on for years without either patient or physician being aware.

Arsenic acts as a growth stimulant in chickens
—it develops the meat faster—and the poultry
industry has gone wild using this ingredient.[6]
Donald Herman

The Romans were aware that lead could cause serious health problems, even madness and death. However, they were so fond of its diverse uses that they minimized the hazards it posed. What they did not realize was that their everyday low-level exposure to the metal rendered them vulnerable to chronic lead poisoning, even while it spared them the full horrors of acute lead poisoning. Roman engineers in the end brought down the Roman Empire when they replaced their stone aqueducts with lead pipes for the transport and supply of drinking water, thus turning much of the Roman population into neurological cripples.[7]

Today instead of Roman engineers using lead we have vaccine manufacturers using thimerosal, dentists pouring the mercury into people’s mouths, and industry dumping it into the environment in obscene quantities. We have health officials putting fluoride in the drinking water, which increases the uptake of lead, which is still present in modern plumbing fixtures, all together creating a devil’s triangle of toxicity with mercury throwing the knockout punch.

The top five causes of poisoning in a recent study were, in order,
antidepressant medications, analgesics such as aspirin,
street drugs, cardiovascular drugs and alcohol.
Royal Society of Chemistry

In reality, Natural Allopathic Medicine is opposite to orthodox allopathic practice and principle in that instead of using low doses of poisons, like what the pharmaceutical companies produce, we use high doses of concentrated nutritional substances that only bring good when used with reason and sensitivity.