WiFi May Be More Dangerous to Kids Than Previously Thought

Source: WiFi May Be More Dangerous to Kids Than Previously Thought
by Dr. Edward Group 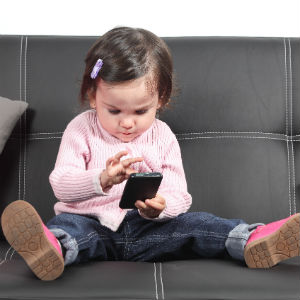 Many benefits that stem from our increasingly connected online world; but, there’s also a big side effect that most of us don’t know about or consider — electromagnetic fields from microwaves, TVs, radios, cell phones, and WiFi devices may be harmful. While the research is ongoing and there are some dots that have yet to be connected, the negative effects of WiFi exposure is largely being ignored by mainstream science. Now, new evidence suggests it’s even more harmful to children than previously thought.

Why Are Kids More Susceptible?

Recently, the Journal of Microscopy and Ultrastructure published a study that adds a new wrinkle to this very real danger: exposure is far worse for children, adolescents, and especially fetuses than it is for adults. [1] The reasons why kids are in more danger from RF/EMF exposure are simple.

The skulls of children are smaller. So, if they’re hit by the same amount as an adult, it’s going to impact them more.

Their Skulls are Thinner

You probably know that babies’ skulls aren’t fully formed when they are born, but in truth, the skull continues to grow and thicken for quite a while. This means that kids don’t have the same protective insulation against radiation for their brains that adults do.

Their Brain Tissue is More Absorbent

Not only can more radiation get through, it’s also more likely that kids’ still developing brain tissue will absorb it.

Unfortunately, more and more toys and other products for kids are being designed with Wi-Fi capabilities, putting them at greater risk for developing health problems related to RF/EMF radiation.

What Can Be Done?

While it’s pretty much impossible to completely keep your child away from radiation altogether, you can take steps to reduce their exposure. Some of these include revising current exposure limits down and acknowledging that there should be different safety levels for adults and children. More closely monitoring toys and toy manufacturers that incorporate Wi-Fi is also advised.

The unfortunate truth about Wi-Fi devices is that no one really knows how much damage they might cause because it may take several decades for serious problems to develop. If we don’t want to wake up in 30 years to the biggest health crisis in history, we need to be more safety-minded now!