There should be no more confusion about whether or not marijuana is effective for cancer patients. Medical marijuana is chemotherapy, natural style, for all cancer patients. The two forms of hemp oil, one with THC and CBD and the other CBD alone (which is pretty much legal everywhere) provide the body with chemo therapeutics without the danger and staggering side effects. There are many essays in this site about cancer patients using marijuana and other items from my protocol, but in this one we present a quick overview of the science that backs up the assertion that every cancer patient and every oncologist should put medical marijuana on their treatment maps.

What you will see in this essay is reference to many scientific studies that are all viewable on governmental sites. The United States government is pathetic in its dishonesty about medical marijuana both believing in it and holding patents for its medical use and claiming at the same time that it has no medical use. The federal government and still many states would rather throw innocent people in jail for using medical marijuana than be honest about how much it can help people recover from cancer and other diseases.

Below are summaries to just some of the scientific research out there that sustains the belief that medical marijuana will help people cure their cancer.

One of the most exciting areas of current research in the cannabinoid field is the study of the potential application of these compounds as antitumor drugs. CBD represents the first nontoxic exogenous agent that can significantly decrease Id-1 expression in metastatic breast cancer cells leading to the down-regulation of tumor aggressiveness.[1],[2] The CBD concentrations effective at inhibiting Id-1 expression correlated with those used to inhibit the proliferative and invasive phenotype of breast cancer cells. Of the five cannabinoids tested: cannabidiol, cannabigerol, cannnabichromene; cannabidiol-acid and THC-acid, it was found that cannabidiol is the most potent inhibitor of cancer cell growth. Taken together, these data might set the bases for a cannabinoid therapy for the management of breast cancer.[3]

Non-small cell lung cancer (NSCLC) is the leading cause of cancer deaths worldwide. Researchers have observed expression of CB1 (24%) and CB2 (55%) in NSCLC patients. They have also shown that the treatment of NSCLC cell lines (A549 and SW-1573) with CB1/CB2- and CB2-specific agonists Win55,212-2 and JWH-015, respectively, significantly attenuated random as well as growth factor-directed in vitro chemotaxis and chemoinvasion in these cells.[6] 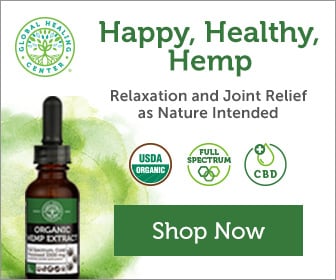 In research on pancreatic cancer it was found that cannabinoids lead to apoptosis of pancreatic tumor cells via a CB2 receptor and de novo synthesized ceramide-dependent up-regulation of p8 and the endoplasmic reticulum stress–related genes ATF-4 and TRB3. These findings may contribute to set the basis for a new therapeutic approach for the treatment of pancreatic cancer as reported by the National Cancer Institute.

Prostate cancer cells possess increased expression of both cannabinoid 1 and 2 receptors, and stimulation of these results in decrease in cell viability, increased apoptosis, and decreased androgen receptor expression and prostate-specific antigen excretion.[8]

Ovarian cancer represents one of the leading cause of cancer-related deaths for women and is the most common gynecologic malignancy. Results with medical marijuana support a new therapeutic approach for the treatment of ovarian cancer. It is also conceivable that with available cannabinoids as lead compounds, non-habit forming agents that have higher biological effects could be developed.[10]

CBD and leukaemia and lymphoma cell

Examination of a number of human leukaemia and lymphoma cell lines demonstrate that CB2 cannabinoid receptors expressed on malignancies of the immune system may serve as potential targets for the induction of apoptosis. Also, because CB2 agonists lack psychotropic effects, they may serve as novel anticancer agents to selectively target and kill tumors of immune origin.[11] Plant-derived cannabinoids, including Delta9-tetrahydrocannabinol (THC), induce apoptosis in leukemic cells.[12]

Cannabinoid-treated tumors showed an increased number of apoptotic cells. This was accompanied by impairment of tumor vascularization, as determined by altered blood vessel morphology and decreased expression of proangiogenic factors (VEGF, placental growth factor, and angiopoietin. Abrogation of EGF-R function was also observed in cannabinoid-treated tumors.[13] These results support a new therapeutic approach for the treatment of skin tumors.

Hepatocellular carcinoma (HCC) is the third cause of cancer-related death worldwide. When these tumors are in advanced stages, few therapeutic options are available. In this study, the effects of cannabinoids–a novel family of potential anticancer agents–on the growth of HCC was investigated. It was found that Δ(9)-tetrahydrocannabinol (Δ(9)-THC, the main active component of Cannabis sativa) and JWH-015 (a cannabinoid receptor 2 (CB(2)) cannabinoid receptor-selective agonist) reduced the viability of the human HCC cell lines Cannabinoids were able to inhibit tumor growth and ascites in an orthotopic model of HCC xenograft.[14] These findings may contribute to the design of new therapeutic strategies for the management of HCC.

Smoking marijuana might decrease the smoker’s risk for bladder cancer, a new study shows. Retrospectively analyzing a large database of patients, researchers at Kaiser Permanente in California found that patients who reported cannabis use were 45% less likely to be diagnosed with bladder cancer than patients who did not smoke at all.

THC is a potent inducer of apoptosis, even at 1 x IC(50) (inhibitory concentration 50%) concentrations and as early as 6 hours after exposure to the drug. These effects were seen in leukemic cell lines (CEM, HEL-92, and HL60) as well as in peripheral blood mononuclear cells.[16] Cannabinoids represent a novel class of drugs active in increasing the life span in mice carrying Lewis lung tumors and decreasing primary tumor size.[17]

Research has also found a cannabidiol-driven impaired invasion of human cervical cancer (HeLa, C33A) and human lung cancer cells (A549) that was reversed by antagonists to both CB(1) and CB(2) receptorrs as well as to transient receptor potential vanilloid 1 (TRPV1). The decrease of invasion by cannabidiol appeared concomitantly with up regulation of tissue inhibitor of matrix metalloproteinases-1 (TIMP the findings provide a novel mechanism underlying the anti-invasive action of cannabidiol and imply its use as a therapeutic option for the treatment of highly invasive cancers.[18]

A new anticancer quinone (HU-331) was synthesized from cannabidiol. It shows significant high efficacy against human cancer cell lines in vitro and against in vivo tumor grafts in nude mice. Two non-psychotropic cannabinoids, cannabidiol (CBD) and cannabidiol-dimethylheptyl (CBD-DMH), induced apoptosis in a human acute myeloid leukemia[19]
Other studies show a synthetic and potent cannabinoid receptor agonist, investigated in hepatoma HepG2 cells and a possible signal transduction pathway that is proposed, indicates a potential positive role in liver cancer.[20]Cannabinoids have been found to counteract intestinal inflammation and colon cancer.[21]
The control of the cellular proliferation has become a focus of major attention as opening new therapeutic possibilities for the use of cannabinoids as potential antitumor agents.[22] Cannabinoid treatment inhibits angiogenesis of gliomas in vivo.[23] Remarkably, cannabinoids kill glioma cells selectively and can protect non-transformed glial cells from death. These and other findings reviewed here might set the basis for a potential use of cannabinoids in the management of gliomas. Other confirming studies may provide the basis for a new therapeutic approach for the[24]

Cannabinoids are found to exert their anti-cancer effects in a number of ways and in a variety of tissues.

All these effects are thought to be caused by cannabinoids locking onto the CB1 and CB2 cannabinoid receptors. Almost daily we are seeing new or confirming evidence that Cannibinoids can be used to great benefit in cancer treatment of many types.