Infections as a Cause of Cancer 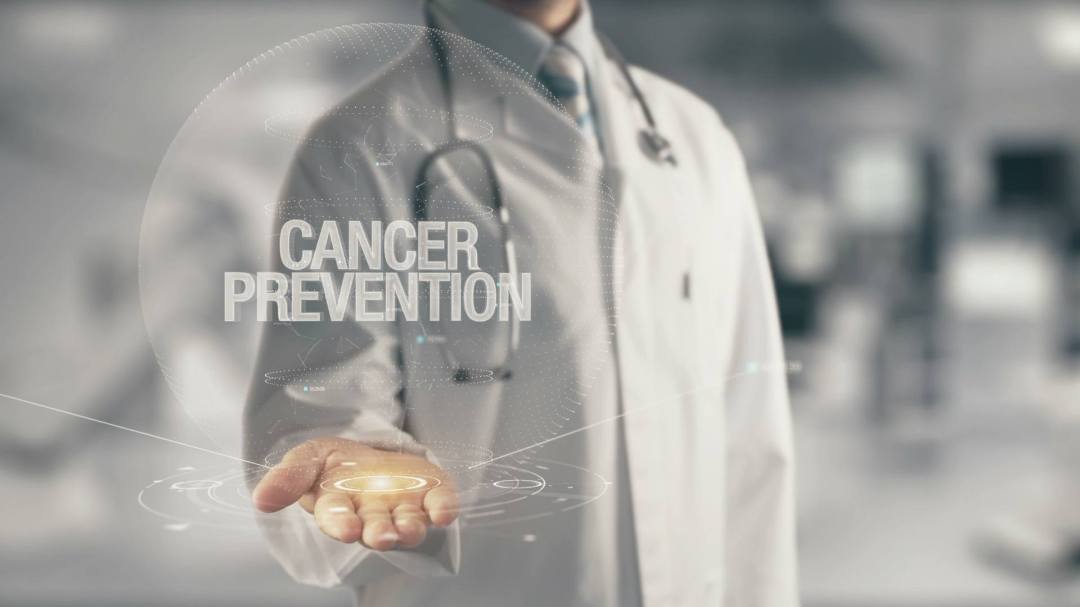 Cancer, always believed to be caused by genetic cell mutations—can in reality be caused by infections from viruses, bacteria, and fungi. “I believe that, conservatively, 15 to 20% of all cancer is caused by infections; however, the number could be larger—maybe double,” said Dr. Andrew Dannenberg, director of the Cancer Center at New York-Presbyterian Hospital/Weill Cornell Medical Center. Dr. Dannenberg made the remarks in a speech in December 2007 at the annual international conference of the American Association for Cancer Research.

This one statement, by a mainstream oncologist, shoots down the genetic blinders most people have about cancer and its cause. “Fungal infections cannot only be extremely contagious, but they also go hand in hand with leukemia—every oncologist knows this. And these infections are devastating: once a child who has become a bone marrow transplant recipient gets a “secondary” fungal infection, his chances of living, despite all the anti-fungal medicines in the world, are only 20%, at best,” writes Dr. David Holland.

Dr. Henry R. Erle, Family Professor of Medicine at Weill Cornell Medical College in New York City said, “Unfortunately, the public, as well as many health-care workers, are unaware of the significance of chronic infection as a potentially preventable cause of cancer.” A virus that can cause cancer is called an oncovirus.

Officially it is thought that one in every six cancers worldwide is caused by an infection that is preventable or treatable, according to new estimates published in the journal Lancet Oncology. The research indicates infections are attributable for approximately 2 million new cancer cases every year. “Infections with certain viruses, bacteria, and parasites are one of the biggest and preventable causes of cancer worldwide,” lead authors Catherine de Martel and Martyn Plummer from the International Agency for Research on Cancer (IARC), France.

Low or blocked oxidation is normally followed by fermentation of sugar in cells, which then leads to the primary condition upon which cancer, infectious and inflammatory processes feed. Viruses are “anaerobic” creatures, which thrive in the absence of oxygen. Yeast, mold and fungus love anaerobic environments.

Most strains of harmful bacteria (and cancer cells) are anaerobic and are not comfortable in the presence of higher oxygen levels. Doctors find cancer cells easier to kill when oxygen levels are higher. It is the most hypoxic cancer cells, those lowest in oxygen with the highest output of lactic acid that are the hardest to kill even with the harshest forms of chemotherapy.

Improved tissue oxygenation combined with antimicrobials has achieved greater efficacy in pathogen clearance (Knighton et al., 1986). During infection and disease, O2 demand can increase because of various factors including increased metabolism of infiltrated immune cells and microbial proliferation, resulting in a hypoxic environment (Lewis et al., 1999). Hypoxia has a pleiotropic role in tissue inflammation and infection and may exacerbate or attenuate disease.

Eukaryotic organisms, including  Leishmania parasites, express a heme containing  globin protein that functions as a natural O2 sensor to detect hypoxia and adapt accordingly to prevent cell death ( Sen Santara et al., 2013 ). These and other protozoan, bacterial, and viral infections are modulated by hypoxia, either directly or through the activation of other antimicrobial responses such as defensins.

Fungus, Yeast and Mold Infections are the Blind Spot of Western Medicine

In Nature we read, “Although viruses and bacteria grab more attention, fungi are the planet’s biggest killers. Of all the pathogens being tracked, fungi have caused more than 70% of the recorded global and regional extinctions, and now threaten amphibians, bats and bees. The Irish potato famine in the 1840s showed just how devastating such pathogens can be. Phytophthora infestans (an organism similar to and often grouped with fungi) wiped out as much as three-quarters of the potato crop in Ireland and led to the death of one million people.”

Dr. Elmer Cranton, says that, “Yeast overgrowth is partly iatrogenic (caused by the medical profession) and can be caused by antibiotics.” Fungi (e.g. Aspergillus fumigatus) are not affected by antibiotics and neither are viruses. If not given correct treatment (anti-fungal medication) the prognosis is that 50% of those infected will die inside five years. In fact the overuse of antibiotics leads to fungal infections.

When the body’s (immune system) weakens we get sick from viruses, bacteria, fungi and eventually from cancer. Many of these infectious agents are thought to already live within us but are kept under control by a strong immune system. Change the pH to the acidic range, reduce oxygen and cell voltage and these pathogens are ready to jump to life and spread through the blood.

Science Daily reports, “With infectious diseases, it is often not the pathogen itself, but rather an excessive inflammatory immune response (sepsis) that contributes to the patient’s death, for instance as a result of organ damage. On intensive care units, sepsis is the second-most common cause of death worldwide. In patients with a severely compromised immune system specially, life-threatening candida fungal infections represent a high risk of sepsis.”

Mercury vapors play havoc on the body through a host of means, the least of which is to feed the bacteria, fungi and yeasts that thrive on mercury. Mercury will promote the growth of Candida, which adsorbs the mercury. Some feel this is in part a defensive mechanism meaning the yeast cells are actually protecting the system from the toxicity of mercury but it comes at a high cost.

The list of organisms that have the highest affinity for toxic metals
reads like a “who’s who” of our typical human infectious diseases:
fungi of the Candida species, streptococci, staphylococci, amoebas, etc.
Dr. Dietrich Klinghardt

Candida (yeast) overgrowth, which is very difficult to get rid of, is also associated with mercury in the mouth. Dr. Tullio Simoncini insists cancer is intimately linked to Candida overgrowth and that life threatening tumors are actually fungi colonies sucking up all available nutrients. Certainly they are ‘like’ fungi colonies; both cancer and fungi are using fermentation for their energy requirements.

The yeast cell binds and absorbs its own weight in mercury and prevents it from entering the blood stream. Dr. J. Trowbridge has written in his book “The Yeast Syndrome,” that many doctors specializing in Candida treatment have reported to him  that 98% of their patients with chronic Candida also had mercury toxicity.

In Nature we read, “Although viruses and bacteria grab more attention, fungi are the planet’s biggest killers. Of all the pathogens being tracked, fungi have caused more than 70% of the recorded global and regional extinctions, and now threaten amphibians, bats and bees. The Irish potato famine in the 1840s showed just how devastating such pathogens can be. Phytophthora infestans (an organism similar to and often grouped with fungi) wiped out as much as three-quarters of the potato crop in Ireland and led to the death of one million people.”

Dr. Luke Curtis reported on research that dealt with 27 lung “cancer” patients who were later diagnosed with lung “fungus” instead of lung cancer. “Fungal infection can present with clinical and radiological features that are indistinguishable from thoracic malignancy, such as lung nodules or masses.” Doctors who diagnose lung cancer are unaware of the fact that cancer mimics fungal infections.[1] Most physicians are unaware that common antibiotics in the end contribute to cancer and the rise of fungal infections because they destroy the normal intestinal flora that keep these kinds of infections under control. It is important to note that drugs and natural medicines like sodium bicarbonate, which help to kill fungus often help cancer patients as well.

This is something doctors forget about. pH is something that is easy to test at home with inexpensive pH paper. Almost every physiological process in the body is pH sensitive and certainly the success of failure of your cancer treatment is pH sensitive. The most aggressive cancers have the lowest pH. Low pH is acid, that condition where you have an excess in H+ ions and too little OH, which means low oxygen conditions.

Certain viruses (including the rhinoviruses and coronaviruses that are most often responsible for the common cold and influenza viruses that produce flu) infect host cells by fusion with cellular membranes at low pH. Thus, they are classified as “pH-dependent viruses.” Fusion of viral and cellular membranes is pH dependent. The main finding of one study is that a strain of poliovirus type 1 requires low pH for injection of its genome into the cytosol.

It has been suggested that the hepatitis C virus (HCV) infects host cells through a pH-dependent internalization mechanism. This HCVpp-mediated fusion was dependent on low pH, with a threshold of 6.3 and an optimum at about 5.5.

Scientific investigation indicates that low pH is indeed required for the entry of poliovirus. The ability of cells to alter poliovirus in the presence of monensin was strongly increased at low pH. The main finding of one study is that a strain of poliovirus type 1 requires low pH for injection of its genome into the cytosol.

One thought on “Infections as a Cause of Cancer”