Germ vs Terrain Theory – Which Do We Adopt To Be Healthy? 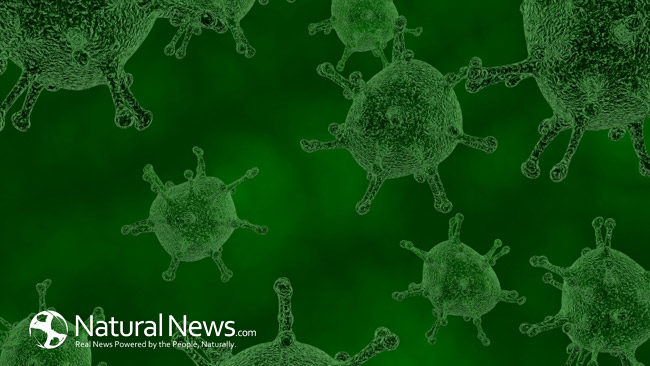 In the Western world, we are desperately obsessed with killing things off that we feel can threaten our livelihood. Whether it is germs, terrorists, or the next door neighbour, we seek to eliminate anything that doesn’t agree with us rather than trying to maintain a healthy balance between desired and undesirable circumstances.

When it comes to our health, the Western world has largely adopted the germ theory, meaning we need to identify and destroy anything we deem as a foreign invader as it is directly responsible for causing disease. However, there is another theory called the terrain theory, which believes that it is not the “germ” that determines disease, but rather, the state of our internal health and its ability to maintain homeostasis in the face of “unfriendly” organisms.

Let’s look into each theory a bit further to determine which theory we should adopt when trying to be healthy.

The germ – or microbial – theory of disease was popularized by Louis Pasteur (1822 – 1895), the inventor of pasteurization. This theory states that there are fixed, external germs which invade the body and are the direct cause of a variety of separate, definable diseases. If you truly want to get well, you need to kill whatever germ made you sick, and do whatever possible to make “sure” that you never allow a microbe to enter your body in the first place.

With this theory comes Western medicine and its tools and technology that treats the symptoms of an unfriendly microbe rooting itself in the internal environment, through things such as drugs, surgery, radiation, and chemotherapy. Taking it a step further, in order to try and avoid an infection in the first place, various vaccines have been introduced to attempt to keep the disease from invading our body in the first place.

The germ theory was partly shaped around Pasteur’s idea that the human body is sterile, meaning it is a blank slate devoid of any germs. With this notion in mind we could conclude that we have to combat germs all the time in every way possible, and that preventative measures through things like nutrition are basically useless.

So, if you are to closely follow the germ theory, you need to be vigilant against various types of infections through prevention (primarily vaccinations), and destruction (antibiotics, surgery, radiation, chemotherapy) of any external microbe that ever attempts or succeeds to get inside our body.

Anything else is basically fruitless against disease prevention.

The terrain theory was initiated by Claude Bernard (1813 – 1878), and later built upon by Antoine Bechamp (1816-1908). He believed that the “terrain” or “internal environment” determined our state of health. When the body is functioning in homeostasis, and immunity and detoxification is operating well, he claimed there was a healthy terrain which could handle various pathogenic microorganisms that inevitably are thrown its way.

In essence, he believed the quality of the terrain and the elements it faced determined an individual’s susceptibility to disease.

Bernard, Bechamp, and their successors, believed that disease occurs to a large extent as a function of biology and as a result of changes that take place when metabolic processes become imbalanced. Germs then become symptoms that stimulate the occurrence of more symptoms, which eventually culminate into disease. A weak terrain is naturally more vulnerable to external threats, so it needs to be built up through nutrition, detoxification, and by maintaining a proper pH or acid/alkaline balance.

For this and other reasons Bechamp argued vehemently against vaccines, asserting that “The most serious disorders may be provoked by the injection of living organisms into the blood.” Untold numbers of researchers have agreed with him.

So, if you are to closely follow the terrain theory, you may make yourself aware of various external microbes that could be harmful to our health and the gentle, non-toxic removal of them, but your focus is on building and maintaining the integrity of your inner terrain so that any external microbe that you may ingest does not morph into anything with serious implications to your health.

This means nutrition, detoxification, and mindset are key factors you consider important in disease prevention and elimination.

Pasteur Recants On His Deathbed

One of the most interesting twists in this battle for “disease prevention supremacy” primarily headlined by Pasteur and Bernard, is that Pasteur recanted on his deathbed over his entire life work, stating that “the microbe is nothing; the milieu is everything.” Another way of stating these words is that it is not the germ that causes disease, but the terrain in which the germ is found.

Another gentleman, Rudolf Virchow, father of the germ theory, stated in his later years, “If I could live my life over again, I would devote it to proving that germs seek their natural habitat–diseased tissues–rather than causing disease.”

So when you are considering your health plan, strongly consider the results we are seeing in a germ theory dominated health care system. Then decide whether you want to take that road, or follow those who are healthy that predominantly follow the terrain theory.

This author staunchly believes in the terrain theory and has removed many disease labels and symptoms from his life by completely following this theory and admonishing the idea of the germ theory. .

If you are also a firm believer that health of your terrain largely determines your overall health, and want to know how to master that environment so you can not only survive but THRIVE.

DOCTOR WHO PREDICTED COVID-19 ANSWERS ALL
Triple board-certified M.D., Dr. Zach, joins Del in an evolutionary discussion on why Coronavirus is here, what it’s trying to tell us, and how we emerge from the darkness.
Video Length: 1:22:11 minutes

One thought on “Germ vs Terrain Theory – Which Do We Adopt To Be Healthy?”