Hydroxychloroquine and chloroquine are derived from quinine, a safe phyto-chemical used in tonic beverages 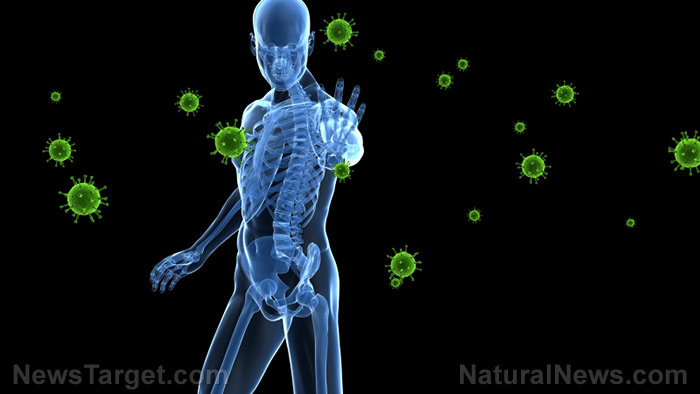 The coordinated social media blackout on hydroxychloroquine (HCQ), along with the mainstream media’s attacks on anti-viral medications and immune boosting protocols, reveals the facade that these shallow sources of news and information have become. HCQ has been used successfully around the world to improve survival rates for covid-19, so why does White House coronavirus task force head Dr. Fauci believe this intervention to be dangerous? Dr. Fauci himself believes in following the data, so why does he gloss over the science on HCQ and chloroquine?

Why is Dr. Fauci pushing HCQ aside and silent about anything that could help patient’s immune systems recover?

Hydroxychloroquine is an antiviral compound with a sixty-five-year track record for safety and effectiveness. It is derived from quinine, a safe phyto-chemical used in tonic beverages around the world. Quinine is harvested from Cinchona Bark (Cinchona succirubra) which comes from remote areas of the Andes in South America. Tonic water, infused with quinine has been available for centuries.

A similar derivative of quinine, chloroquine, is an inexpensive, globally available drug that has been used around the world since 1945 to treat malaria, autoimmune and various other conditions. The National Institutes of Health, and Dr. Fauci specifically, knew about chloroquine’s effectiveness as both a prophylactic (preventative) and therapeutic treatment for SARS in 2005. Strange enough, Dr. Fauci believes this class of antivirals is too dangerous for treating coronavirus patients today. Instead, Dr. Fauci is interested in promoting untested, liability-free mRNA vaccines, which are experimental, lacking years of safety and efficacy data. Fauci and his friends at the NIH share joint ownership of the leading vaccine candidate, which uses a controversial mRNA technology that Bill Gates has been wanting to try out on human populations for nearly a decade.

According to the Centers for Disease Control (CDC), chloroquine can mitigate a viral infection in many ways, “and the antiviral effect depends in part on the extent to which the virus utilizes endosomes for entry.” The CDC admits that chloroquine has been widely used to treat human diseases, such as malaria, amoebiosis, HIV, and autoimmune diseases, “WITHOUT significant detrimental side effects.”

Once chloroquine accumulates in the aquatic vacuolas of protozoa, it interferes with the polymerase activity, increasing heme, which is toxic to Plasmodium and Entamoeba histolytica, two types of infectious organisms.

Chloroquine also possesses immuno-modulatory properties that have successfully improved collagen diseases, rheumatic disease, chronic rheumatoid and autoimmune skin disease. Due to these mechanisms of action, chloroquine is effective at controlling covid-19. The compound goes to work by increasing endosomal pH in cells, while blocking virus-cell interference through glycolysis on the virus cell receptors.

As a preventative, chloroquine blocks virus S proteins with gangliosides, while binding sialic acid and gangliosides. This prevents the infection from taking hold. After studying chloroquine on SARS, a virus infection with similar properties to covid-19, CDC researchers concluded that chloroquine is an “effective antiviral agent for SARS-CoV in cell culture conditions, as evidenced by its inhibitory effect when the drug was added prior to infection or after the initiation and establishment of infection. The fact that chloroquine exerts an antiviral effect during pre- and post-infection conditions suggest that it is likely to have both prophylactic and therapeutic advantages.”

Right now people are being forced to suffer from infections when there are medicines and immune boosting therapies that can shorten the duration of illness, mitigate the spread, and improve survival rates.

For more on this topic, check out Medicine.News.