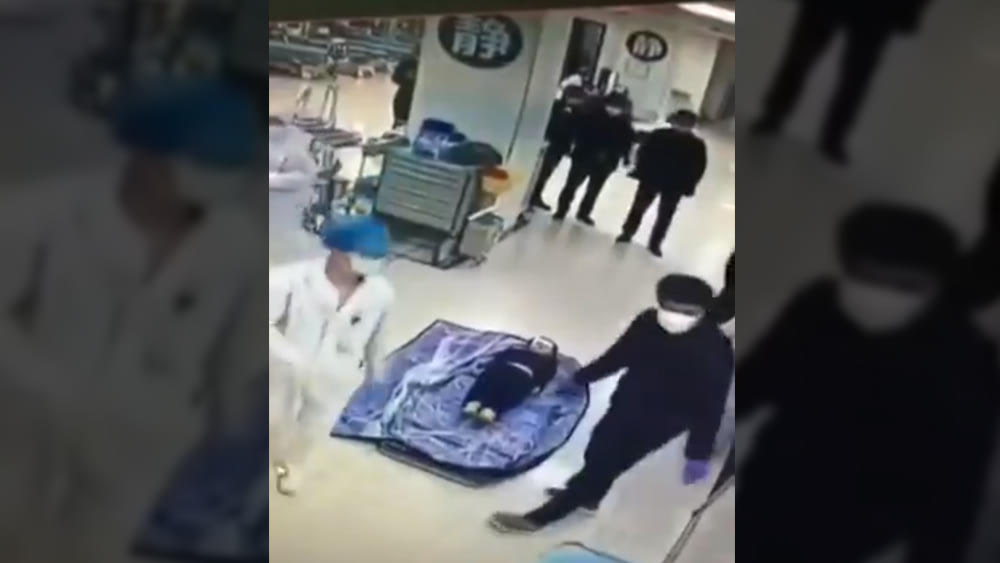 Hydroxychloroquine (HCQ), prescribed by doctors around the world for more than 80 years, has suddenly become a dangerous anti-viral medication because a shady analytics company shared fraudulent healthcare data with a world-renowned science journal, the Lancet, leading incompetent governments around the world to block prescription of a viable medication.HCQ is currently used to treat lupus and rheumatoid arthritis, and has also been used to treat malaria since the 1930s. As covid-19 became a medical emergency around the globe, governments and healthcare systems suddenly declared that HCQ is a poisonous substance, despite its long standing use as an antiviral therapeutic.

France relied on corrupt data to withhold viable medications, as patients were left to die, contributing to a worldwide health crisis

Back on January 13, hydroxychloroquine was suddenly made no longer available over-the-counter in France, following a regulation enacted by delegation for Health Minister Agnès Buzyn by the General Director of Health, Jérôme Salomon.

Only one day after the data was published in the Lancet, French Health Minister Olivier Véran told the French High Council for Public Health (HCSP) to make a decision on HCQ for covid-19 patients. HCSP decided on May 26 that all prescriptions for HCQ should be halted entirely.

Because proven anti-viral medications, minerals like zinc, and herbal anti-viral extracts are withheld from patients, many were left to struggle with acute respiratory syndrome, as viral load overcame their organs. In Italy specifically, patients with one or more underlying conditions were left to die from covid-19, as viable medications were withheld, immune support neglected.

Many hospital systems around the world deprived viable medications from covid-19 patients, instead putting patients on ventilators – a negligent process that turned out to be fatal for a large percentage of patients.

The chaos in Italy prompted governments around the world to fear that hospital systems would collapse; meanwhile, viable treatment options were being withheld, causing a crisis. Many patients were forced to wait and see whether their condition would worsen, and many eventually lost their lives because the healthcare system left them in the cold.

The data company behind the fiasco, Surgisphere, is now facing worldwide scrutiny. The World Health Organization, having halted clinical trials for HCQ when the study came out, are now resuming those clinical trials.

During the crisis in France, one of the world’s top specialists in infectious diseases, Dr Didier Raoult defied the government’s order and began promoting hydroxychloroquine with azithromycine as a treatment for covid-19 at the Marseille special university hospital. The treatment, including 500 mg of HCQ for ten days, had “spectacular results” against the infection. HCQ was also effective against SARS-CoV-1 in 2003. Raoult proclaimed that the new SARS-CoV-2 infection can be beaten, not by a vaccine (that would take at least ten years to develop safely), but by a well-known molecule that has been used safely in patients for decades. Raoult said COVID-19 “is probably the easiest respiratory infection of all to treat,” that many patients should not have been left to die.

Despite his success treating patients, Raoult was ridiculed by governments and the World Health Organization – entities that tried to severely restrict HCQ and force the world to rely on an untested, experimental vaccine. Now the Lancet has published an “expression of concern” about the study that blocked HCQ and has retracted the fraudulent study, vindicating Raoult and other whistle blowers in the healthcare system who warned that patients were being left to die.

Now the question is: Was this corrupt data trail and subsequent ban on HCQ and other antivirals a deliberate attempt to cause a healthcare crisis, to perpetuate lock downs, and initiate vaccine development that would eventually be forced on people around the world?