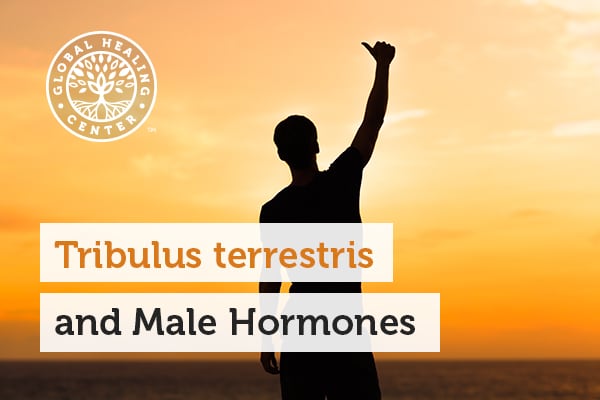 Tribulus terrestris has played a vital role in Ayurvedic, Chinese, and European medicine for centuries. In Ayurvedic and Chinese medicine, it has been applied as a remedy for urinary and reproductive problems and fatigue. Similarly in Europe, Tribulus terrestris has been used to address urinary and reproductive problems; it’s also been used as a mood enhancer.Soviet men have treasured this herb as a tonic and for its ability to stimulate hormone production. Based on this effect, it became a popular supplement for body-builders and athletes. This use for Tribulus terrestris continues today and recent studies have validated its traditional, identifying the active compounds that provide positive benefits for men’s health.

Traditional Use for Male Health

The success of Tribulus terrestris in addressing male problems attracted the attention of Western medicine decades ago. In traditional medicine, Tribulus has promoted male fertility, sexual response, urinary tract function, and libido. Some sources have even called it an aphrodisiac. In Ayurvedic medicine however, Tribulus is regarded as an herb that benefits the entire body. Modern research appears to support many of these holistic effects.

Researchers have identified naturally occurring steroidal compounds in Tribulus terrestris. [1] These furostanol saponins stimulate testosterone production by suppressing natural hormone receptors. This results in the production of greater amounts of luteinizing hormone (LH) which in turn encourages the body, specifically the Leydig cells in the testes, to create more testosterone.

A recent study found Tribulus terrestris contributed to an increase in testosterone levels in men suffering from low testosterone. [2] Another study demonstrated ‘superior results’ in the rejuvenation of sperm count. [3]

Researchers have discovered Tribulus terrestris possesses adaptogenic qualities. Even though it rejuvenates testosterone levels, it does not stimulate testosterone production beyond normal physiological levels. So while it may not be a high-potency workout supplement, it still provides men with several powerful benefits.

The Benefits of Tribulus terrestris for Men’s Health

Who Should take Tribulus terrestris

This herb can offer protection against the many side effects that occur as a result of age and other testosterone lowering factors. It may provide natural support for a man as he ages and his body struggles to produce testosterone. It also supports a man’s health in the fight against estrogenic toxins. Many components of environmental pollution expose men to high amounts of estrogenic compounds, a factor known to lower a man’s testosterone levels.

Men suffering from low testosterone receive the greatest immediate impact from a supplement of, or including, Tribulus terrestris. It may also offer long-term prostate support for a man as he ages. Either way, with no observed side effects, it offers men a natural method to maintain testosterone levels… and physical, psychological and sexual health.

Watch an In-Depth Video on
How to Balance Your Hormones Naturally
Video Length: 90 minutes