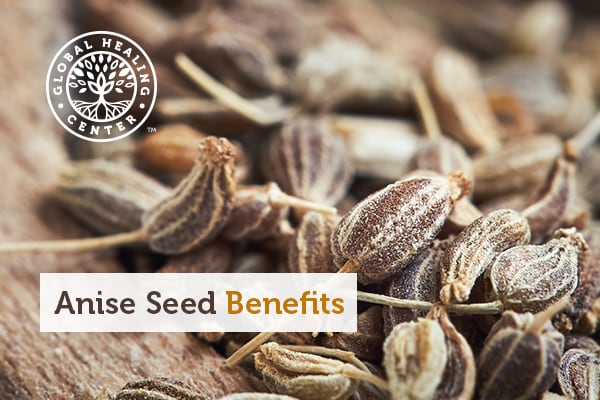 Anise, a plant native to Greece and Egypt, has been used since the seventh century to address health ailments and may best be identifiable today for its licorice flavor. During biblical times, taxes could be paid in crops, anise was one of them. The Romans cultivated anise and greatly exploited (in a good way) its many health benefits. Today, many people use anise to support digestion, which is not much surprise since it is related to caraway, dill, and fennel- also often fingered as digestive support agents.

However, one advantage that anise has over its similar counterparts is that it’s much more powerful against, and resistant to, harmful organisms. In lab and clinical trials, anise stands its ground when faced up against harmful organisms and it’s even more potent when combined with other, similarly beneficial herbs.

Mosquitoes are known to carry diseases and present a very serious public health issue to many communities all over the world. Because of a laundry list of negative health effects associated with chemical pesticides, there is much focus and effort on developing effective pest control measures using natural compounds. Research has shown that anise seed oil is toxic to mosquito larvae and offers potential as an essential oil that may be effective at controlling vector-borne disease carrying agents. [1]

The Plant Protection Department at Turkey’s Akdeniz University evaluated essential oils of several therapeutic herbs, including anise, eucalyptus, mint, and basil for efficacy against mosquitos. All the samples were deemed effective, although to different degrees, and anise was identified as the most effective. [2]

Mosquitos aren’t the only flying pests anise seed has defeated. Sterling International, a company based in Washington, evaluated common essential oils against several species of wasps. Anise seed was one of several observed as effective and having potential as a natural, eco-friendly wasp control measure. [3]

With anise seed’s demonstrated efficacy against insects, it’s no surprise that the amount of research supporting the toxicity of anise seed to other harmful organisms is staggering and comes from all corners of the globe.

Research conducted at The University of Mississippi’s School of Pharmacy evaluated various plant extracts for their resistance to fungus and noted that anise seed was the best at inhibiting both fungal and microbial activity. [4]

Croatia’s University of Zagreb conducted similar research and had similar conclusions. When anise extract was put to the test against seven strains of yeast and four strains of fungus, in vitro experiments showed anise to retard both fungus and yeast proliferation. [5]

Perhaps the best argument for anise seed came from the Immunology Research Institute and Clinic in Nagoya, Japan. For patients undergoing antibiotic or immune-system-suppressing therapies, chronic urinary infection of candida can be a constant problem. In 2010, the Institute conducted a study that involved 39 such patients and concluded that a natural, plant-based compound with demonstrated resistance to fungus could offer an effective approach. [7]

If fungus, candida, or yeast is a problem in your life, I recommend cleansing your body and following a body cleansing diet. For additional support, Mycozil™ is product that contains anise seed and is an ultra powerful weapon against nail and toenail fungus, candida, and yeast imbalance.