What Is Candida? Understanding Yeast Imbalance 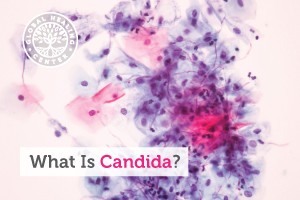 Candida is a type of fungus (or, more specifically–yeast) that can cause fungal infections like candidiasis, candidemia, and oral thrush.[1]Dozens of species of candida are known to affect humans and Candida albicans is the most common.[2, 3] When the immune system functions normally, Candida is kept in check and exists harmlessly in the skin or mucous membranes like those of the gut and vaginal area. It’s even among the organisms that newborns acquire during natural birth, nursing, or from food.[4] However, a compromised immune system, and other factors such as poor diet, can lead to an imbalance where Candida overwhelms the body, a condition known as Candida overgrowth.

What Is Candida Overgrowth?

Everyone has some form of Candida in their body; it’s normal and not necessarily a health concern. The immune system typically keeps Candida in balance but lifestyle, health conditions, or other factors can trigger Candida overgrowth where the yeast multiplies and negatively affects the body’s normal processes. A Candida overgrowth can result in a myriad of problems, including infection of the skin, throat, esophagus, blood, or genitals.[5, 6]

A Candida overgrowth can disrupt the beneficial bacteria in the body. Candida cylindracea, for example, is important for digestion because of its enzymatic properties and pH levels.[7]An overgrowth, however, can disrupt the entire gut microbiota. Candida overgrowth can even contribute to leaky gut syndrome,[8] a condition where the protective barrier known as the intestinal mucosa becomes perforated with tiny holes that allow the contents of the digestive tract to leak into the bloodstream.

There are a number of factors that can act as a catalyst for Candida overgrowth. Some of the most common include:

Antibiotics attack all bacteria—good and bad—and upset the body’s internal balance in a big way. This disruption can harm the microbiome, allowing Candida to spread and cause infections.[1]

Chronic alcohol consumption can foster the overgrowth of certain species of Candida. This causes an imbalance in the body and can lead to health concerns.[9]

Candida overgrowth is common in individuals with diabetes. High blood glucose (hyperglycemia) affects the immune system, reduces the antibacterial activity of urine, and impedes the digestive and urinary systems.[1, 13]

Health Conditions and Other Factors

Other factors that may put you at risk of candida overgrowth include:[14, 15]

10 Species of Candida You Should Know

Candida glabrata exists in mucosal tissues. In recent years, mucosal and systemic infections caused by Candida glabrata have dramatically increased.[19] It is now the second-leading cause of Candida infection behind Candida albicans.

Candida parapsilosis is best known for causing infection among newborns and patients under intensive care.[20] Because one of the most common ways for Candida parapsilosis to spread is through hand contact with healthcare professionals, it is a major problem in hospitals.[21]

Candida dubliniensis, which is structurally similar to Candida albicans, has been identified in the mouths of patients with HIV or AIDS.[23] It has also been found in the genital tracts of HIV-negative immunocompromised individuals and women suffering from vaginitis.[24]

Also considered an opportunistic yeast, Candida lusitaniae has been associated with infection in leukemia patients.[25] Additionally, Candida lusitaniae is known for its resistance to the antifungal drug amphotericin.[26] Resistance is uncommon among species of candida, making it one of the specimen’s defining traits.

Although uncommon and one of the lesser known species of Candida, Candida guilliermondii can strike immunocompromised persons.[27] What we do know is that it is a rare and invasive specimen that has demonstrated a reduced susceptibility to antifungal agents.[28]

Found in skin, nail, and blood samples, Candida zeylanoides has been reported as the source of fungemia—yeast in the blood.[32][33] It may be treated with intravenous amphotericin therapy.[34]

Frequently encountered in tropical climates and known to cause candidemia, Candida tropicalis is one of the more common species of Candida known to affect humans.[35] A major concern with the specimen’s global presence is its resistance to treatment with fluconazole.[36]

How to Get Rid of Candida

If you recognize the symptoms of yeast infection or any other malady related to a Candida overgrowth, it’s important to act fast. Natural remedies such as tea tree oil,[37] star anise,[38]and eucalyptus[39] have a natural ability to fight out-of-control fungus and support the body’s processes to restore balance. Diet can also be an excellent solution to eliminating candida. Try the ultimate candida diet program for long-lasting results.

Have you had to deal with Candida overgrowth? How do you handle yeast concerns? Please share your thoughts in the comments below.

34 thoughts on “What Is Candida? Understanding Yeast Imbalance”