6 Facts About Colloidal Silver for Beginners 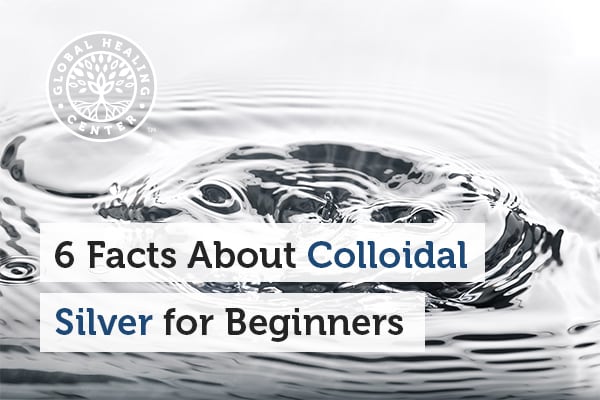 6 Must Know Facts About Colloidal Silver

Here are a few must know facts about colloidal silver, with a bit of history thrown in here and there. Use these facts as a guide for choosing the best colloidal silver product, or as a general introduction:

Hospitals have begun using filters containing silver to kill MRSA and other harmful organisms. Even the World Health Organization uses silver and colloidal silver in water filters to disinfect water in developing countries. [1]The fact is colloidal silver is the least harmful metal to humans and one of the most protective.

This is one reason why colloidal silver is used to disinfect water. Historically, silver was used to preserve milk. Settlers would drop a silver dollar in the milk jug to keep it from spoiling. Babies were fed with silver spoons because those that did were generally perceived to be healthier.

Not only that, colloidal silver was used by physicians in the early part of the twentieth century. They stopped using it with the arrival of antibiotics. That’s when pharmaceutical companies got in on medical care, and that’s when silver and other common remedies became unpopular. They couldn’t be owned or patented, and they wouldn’t be as profitable. But money doesn’t change 2,000 years of facts.

A 2013 study of silver nanoparticles, the ones used in true colloidal silver products, examined the effect of the silver against a variety of microorganisms. The researchers found significant effect against common disease-causing bacteria. [2] Researchers from around the world are currently testing silver nanoparticles for dental use. One study found it helped prevent infection during root canals. [3]

5. How Does Silver Work Against These Organisms

When a silver atom encounters a bacterial organism, it binds to the cell and the silver gets absorbed through the cell wall. Once inside the organism, it stops certain essential metabolic functions. This supposedly kills the harmful organism. It’s important to note that silver does this to bacteria and other harmful organisms yet it does not have this effect on healthy human cells.

6. Not All Colloidal Silver Really Is

The term colloidal is used to describe two types of silver products: true colloidal silver and ionic silver solutions. The problem with ionic silver is it doesn’t make it through digestion. Colloidal silver is stable. It survives digestion and gets absorbed into the bloodstream. True colloidal silver contains nanoparticles of silver suspended in a pure liquid solution. More than fifty-percent of the silver must be these silver particles. Having these nanoparticles increases the surface area of the silver present and promotes effectiveness.

Why You Should Only Use a True Colloid

A common concern with colloidal silver is the possibility of argyria, a rare condition in which silver exposure causes patches of skin to turn blue. Most cases of argyria are caused by people ingesting enormous quantities of a homemade mixture of silver sulfide and silver selenide over a period of years. If you take recommended doses of true colloidal silver, professionally produced by a reputable healthcare company, the risk is essentially zero.

Have you used Colloidal Silver? Share with us your experience!