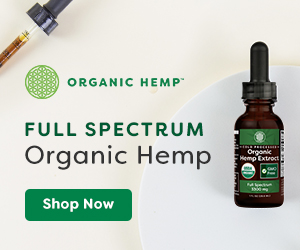 An investment firm founded by Hunter Biden was discovered to have provided funding to U.S. biological weapons laboratories in Ukraine. The revelation came amid U.S. officials initially denying and eventually admitting the presence of such facilities in the besieged country.

According to the Gateway Pundit, investment company Rosemont Seneca Technology Partners (RSTP) funded San Francisco-based Metabiota as early as 2014. RSTP’s website also showed Metabiota as one of the companies it has invested in. Metabiota then partnered with Black & Veatch (B&V), a company with ties to the Department of Defense, to set up the labs in Ukraine.

Specializing in “detecting, tracking and analyzing potential disease outbreaks,” Metabiota became a subcontractor for B&V in 2014. The San Francisco firm’s contract with B&V worth $18.4 million involved running facilities in both Ukraine and Georgia. Both companies even shared an office in the Ukrainian capital of Kyiv, according to a job posting.

Representatives of Metabiota and B&V later met with their counterparts from U.S., Poland and Ukraine. The 2016 meeting held at the Ukrainian city of Lviv discussed biological security, safety and surveillance.

During a March 7 press conference, Russia alleged that the U.S. operated facilities in Ukraine for creating bioweapons against the Russian population. Maj. Gen. Igor Kirillov, chief of the Russian Armed Forces’ radiation, chemical and biological defense division, named Black & Veatch as the firm “involved in the implementation of the projects.” (Related: Russia says Ukraine is littered with U.S.-financed bioweapons labs.)

The American and Ukrainian governments both dismissed Kirillov’s claim as a “conspiracy theory,” with Washington insisting that it does not fund biolabs in the eastern European country.

However, Under Secretary of State Victoria Nuland later acknowledged the existence of the Ukrainian biolabs. She said that the U.S. is working alongside Kyiv to ensure the facilities do not “fall into the hands of Russian forces.” Many took Nuland’s comments as a confirmation that the U.S. did operate bioweapons laboratories, despite prior claims of “conspiracy theories.”

RSTP and Biden’s links to purported corruption are not just limited to the biological weapons facilities funded by the investment firm. A September 2020 report by Sen. Chuck Grassley (R-IA) and Sen. Ron Johnson (R-WI) elaborated on this matter.

According to the report, RSTP received $3.5 million from Russian businesswoman Elena Baturina. She wired the amount to an RSTP bank account back in February 2014 as part of a “consultancy agreement.” Baturina, the wife of former Moscow Mayor Yuri Luzhkov until his death, was accused of profiting from city contracts awarded by her husband during his tenure. Former Russian President Dmitry Medvedev fired Luzhkov in 2010 over these allegations.

Aside from this $3.5 million payment, Baturina sent 11 other wires amounting to $391,968 to a bank account belonging to technology company BAK USA between May and December 2015. Nine of the 11 wires, amounting to $241,797, were initially sent to an RSTP account before being transferred to the Buffalo, New York-based technology firm.

The report added that Biden co-founded RSTP with his associate Devon Archer and Christopher Heinz – the stepson of Special Presidential Envoy for Climate John Kerry – in 2009.

Outside of RSTP, Biden was also linked to Ukrainian oligarch Mykola Zlochevsky during his tenure as a board member of the gas company Burisma. The presidential son “formed significant and consistent financial relationships” with the former Ukrainian minister of ecology and natural resources. Zlochevsky, the founder of Burisma, used his ministerial position to favor the younger Biden’s firm in awarding government contracts.

This relationship later paid off as Biden’s father, President Joe Biden, threatened to withhold a loan to Ukraine unless the top prosecutor investigating Burisma was terminated. The elder Biden issued the threat during his tenure as vice president in the Obama administration.

This video is from the Martin Brodel channel on Brighteon.com.

US confirms existence of bioweapons labs in Ukraine, says Russian attack may target them.

Lies they told us about COVID.

US violated UN treaties on biological weapons by funding bioweapons labs in Ukraine.

Visit BioTerrorism.news for more stories about the Ukraine biolabs.