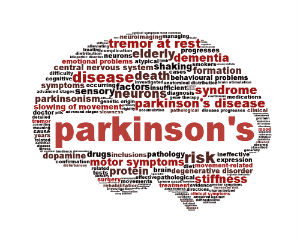 Physical instability, tremors, and muscle rigidity are symptoms of Parkinson’s disease and they’re difficult problems to endure. Although symptoms manifest physically, the disease itself results from an insufficient production of dopamine and the degeneration of brain tissue. With Parkinson’s disease on the rise, more researchers have felt an increased need for finding new methods and support options for sufferers.
According to the majority of Parkinson’s research, oxidative stress plays a central role in the development of the disease. Antioxidants are helpful for reducing the impact oxidative stress at the hands of free radicals exerts on blood vessels, cells, and brain tissue. Most herbs and plants possess varying amounts of antioxidants, many of which are the focus of nutritional studies geared toward the development of new and innovative nutritional support.One tropical plant that has caught a lot of attention recently is Mucuna pruriens. Ayurvedic traditions have used this legume for a wide range of ailments and recent research has unveiled its protective effects that stem from high antioxidant activity. In fact, some studies have indicated that it may contain natural levels of L. dopa, a precursor to dopamine. Parkinson’s disease is partially defined by the dramatic decrease of dopamine production, an essential neurotransmitter, causing many health experts to take a look at its implementation alongside traditional Parkinson’s disease therapies.

The History of Mucuna Pruriens and Parkinson’s

The most common course of action for Parkinson’s disease involves the administration of a synthetic version of levodopa. This is designed to increase the amount of dopamine in the brain, thus combating the effects of the disorder. As with many drugs, including synthetic versions of natural substances, there are a number of side effects that can result from their chronic use. Dizziness upon standing, low blood pressure, nausea, vomiting, and uncontrollable muscle movement [3] are just a few of the identified side effects accredited to the drug.

With a host of research studies confirming the plant’s undeniable benefit for Parkinson’s disease, health experts are beginning to take notice. Research into M. pruriens and its naturally-occurring levodopa has continued to produce positive results for Parkinson’s patients.

What Does Mucuna Pruriens Offer?

Drug-induced involuntary muscle movement, or dyskinesia, is a common side effect of synthetic levodopa. Considering that muscle control issues are an early symptom of Parkinson’s, a protocol that further aggravates this problem is undesirable.

In animal models, L-dopa obtained from Mucuna pruriens produced better results than synthetic levodopa. [4]Compared with synthetic levodopa, Mucuna pruriens produces a unique interaction within the brain that may protect against treatment-induced dyskinesia. [5] While interesting, the results are far too premature and further studies are needed to determine its long-term potential.

The idea that cleansing helps to rid your body of toxin accumulation isn’t new and research validates the effectiveness of a regular cleansing regimen. One study involving 18 Parkinson’s disease patients examined the effectiveness of L-dopa supplementation combined with a pre-cleansing therapy. The patients that underwent cleansing and L-dopa reported better results than those who did not. The cleansing patients enjoyed better motor function, less stiffness and cramps, and overall daily function. [7]

It’s important to remember that although the conversation is exciting, Mucuna pruriens is not a cure or treatment for Parkinson’s disease. Current research shows a great deal of promise for Parkinson’s patients, especially those that are seeking natural complementary approaches. It also seems that regular cleansing offers a boost to the efforts. What do you make of these findings? Leave a comment and join the discussion.