Epigenetic Mechanism Shows Promise in the Fight Against HIV Latency

HIV is a chronic viral infection that attacks the immune system, eventually incapacitating its ability to fight infection leaving the person vulnerable to the development of AIDS, which often leads to death. Anti-retroviral therapies can help to control the virus, but complete eradication of the virus has been tricky to achieve due its stealthy ability to hide from the immune system.

HIV is unable to reproduce itself, so it relies on hijacking cellular machinery in order to ensure its survival. Medical advancements have allowed HIV/AIDS to become less deadly, but the virus has not yet been completely eradicated, and millions of people all over the world still suffer.

Scientists from UC Davis, UC San Francisco, and UNC at Chapel Hill have collaborated on a study to uncover the secrets of HIV latency and how to bring the sneaky virus out of hiding to enable successful treatments. Epigenetics has been at the forefront of the combat against HIV, and in this study published in the Journal of Clinical Investigation, the research team discovered that an epigenetic mechanism called crotonylation may hold the key to accomplishing this feat.

Crotonylation is a recently discovered post translational histone modification to lysine, and is a main factor in the control of gene expression, much like its cousin acetylation. Discovered by Dr. Yingming Zhao in 2011, crotonylation is the process of increasing the concentration of enzyme crotonyl-CoA at the lysine in order to increase transcriptional activity, ultimately enhancing gene expression.

This is done through crotonyltransferase p300, which is also a catalyst in histone lysine acetylation. Crotonylation has been shown to increase transcriptional activity more potently than acetylation, making it a promising research subject, especially in the future of HIV latency research. 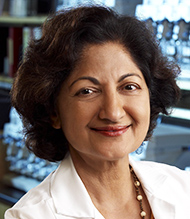 They aimed their focus at a gut enzyme called ACSS2, which is one of the enzymes responsible for fatty acid metabolism in the digestive tract. HIV has often been associated with difficulties in metabolizing lipids, making this enzyme the perfect target for developing a potential cure.

They found that the induction of ACSS2 has a direct impact on stimulating histone crotonylation, which reinstated viral transcription, ultimately exposing the virus from hiding. The researchers then treated the blood samples with an ACSS2 inhibitor to limit the activity of the enzyme, which decreased the amount of histone crotonylation. In this environment, transcription of the virus could not be reactivated and remained dormant, further confirming the importance that crotonylation has in defeating HIV latency.

The researchers also learned that histone crotonylation can work in harmony alongside the HDACinhibitor vorinostat, and the protein kinase C agonist PEP005, both of which have had success in anti-HIV latency. Dandekar hopes to utilize this information to help create a super-immunotherapy that will prevent HIV latency.

“We are looking for synergistic disruption, by combining histone crotonylation with other mechanisms to reactivate HIV,” she said.

The data uncovered in this study provide valuable insights on future treatments for HIV. The elusiveness of the virus has previously hindered the success of various treatments. Hopefully, future studies can highlight the importance of histone crotonylation in rejuvenating the virus to present itself to the immune system in the effort to achieve complete HIV eradication.