Dietary zinc is a widely used essential mineral that is commonly found in a wide range of foods, over-the-counter health products and supplements. There’s a large body of scientific evidence which suggests that consuming the adequate amount of zinc daily helps supports the human body’s natural immune function [1] [2].

A stroll through your local pharmacy will no doubt turn up dozens of various zinc-fortified items, such as throat lozenges and other general cold and flu remedies. Its popularity as an additive stems from the fact that zinc is believed to be a necessary catalyst for more than 100 enzymes produced by the body. Without access to these enzymes the immune system is unable to function at full strength.

Why Is Zinc Important to Your Health? 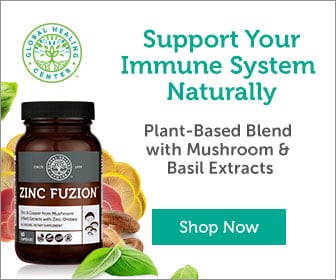 Besides supporting a healthy immune system, zinc is also essential for DNA and protein synthesis and helps to ensure normal growth and development during pregnancy. While most people get zinc from their regular diet, there appears to be a relatively high rate of deficiency among older populations. Unlike many vitamins and minerals, zinc is not stored by the body and must be replenished daily.

This inability to stockpile the mineral, along with poorer absorption rates and an increased need, may explain why the elderly seem to be prone to zinc deficiency. And, some researchers say, may explain why they appear to benefit so well from dietary supplementation of zinc.

According to the recent findings of a study conducted by the United States Department of Agriculture (USDA), elderly people with abnormally low levels zinc in their blood serum may be more susceptible to acquiring pneumonia than their peers. The research was carried out in the Boston, Massachusetts area by the Tufts University Jean Mayer USDA Human Nutrition Center on Aging (HNRCA). The lab serves as a primary field research arm of the USDA.

The HNRCA team had previously conducted a year-long study to monitor the effects of essential dietary vitamins and minerals on the immune response and respiratory infection rates of roughly 600 elderly people living in 33 local area nursing care facilities.

Original analysis of the data showed a noticeable 20 percent decrease in the rate at which the participants developed colds and other dangerous respiratory ailments.

A second examination of the data turned up additional connections between the amount of zinc they consumed and the likelihood of them developing pneumonia.

Not only did the researchers find that subjects with zinc blood serum levels within the normal range were less likely to develop pneumonia in the first place, those who did become infected also exhibited reduced symptom duration, were less likely to need prescription antibiotics, and those who were forced to resort to antibiotics were dependent on them for fewer days.

While these findings strongly suggest that the commonly perceived relationship between healthy vitamin and mineral levels, particularly zinc and vitamin E, and immune defense in the elderly is well-founded, researchers caution that additional testing is required to better understand their connection.
If you’re looking for a simple way to increase your zinc intake, regardless of your age, then I would recommend eating more foods high in zinc or taking a zinc orotate supplement.